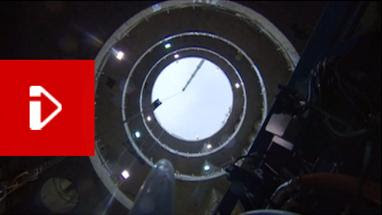 "I've been trying to get inside the tunnels for a while, and on Thursday I was given the first rare opportunity to have a look and film in the tunnels deep under west London.

"Compared to the power tunnels in Park Royal these tunnels are much larger.


"So far 3km have been bored. There have been a few issues - for example, a hopper that carries soil at Paddington collapsed - but Crossrail workers now think they are making good progress.


"I visited the tunnel boring machine TBM2 - called Ada - and to get to see her you have to take a 10-minute train journey in the tunnel.


Built in Germany, the machine is like something from a Ridley Scott sci-fi movie.


It bores out the clay, and behind that the concrete slabs are slotted in. It works round the clock, and only stops for main-
ten-
ance
."