"Robots will take over most jobs within 30 years, experts warn, and the rise of robots could lead to unemployment rates greater than 50 per cent"


"Robots will have taken over most jobs within 30 years leaving humanity facing its 'biggest challenge ever' to find meaning in life when work is no longer necessary, according to experts.

Professor Moshe Vardi, a professor in computational engineering at Rice University in the US, claims that jobs of many middle-class professionals will be outsourced to machines within the next few decades, leaving workers with more leisure time than they have ever experienced.

Speaking at the annual meeting of the American Association for the Advancement of Science annual meeting in Washington, Prof Vardi said the rise of robots could lead to unemployment rates greater than 50 per cent:


"We are approaching a time when machines will be able to outperform humans at almost any task." 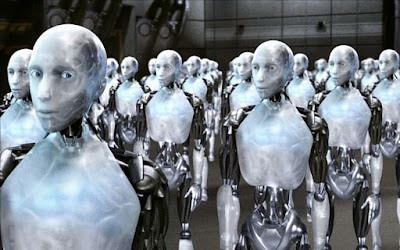