"Labour has cast doubt on the future of HS2 but just what are the arguments for and against a new high-speed rail link between London and the north of England?

"Shadow chancellor Ed Balls still supports the government's scheme but warned there should be no blank cheque.

"So what are the main arguments?" 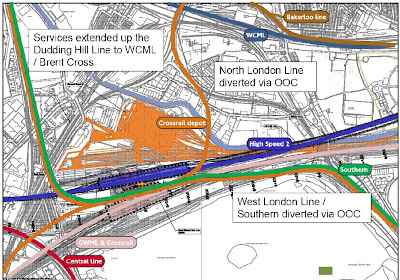 "The British first complain about big infrastructure projects, then come to revere them. HS2 will be no different"

"Is HS2 an expensive white elephant that should be put out of its misery?

"Well, no. The arguments in favour of HS2 are just as compelling as they were – even if they have been badly made and badly defended in recent months.

"Part of the problem is the focus on speed as the main selling point of the new railway. Yes, the new railway will go faster but that is not the real reason for building HS2. The real reason is capacity. The current West Coast main line is – in non-technical language – full. It cannot take any more trains. Not just fast trains – but commuter trains and freight trains as well."