The Guardian: "Gentrification is a global problem. It's time we found a better solution"

"First come the artists, then the cranes. As the kamikaze pilots of urban renewal, wherever the creatives go, developers will follow, rents will rise, the artists will move on, and the pre-existing community will be kicked out with them.

"Such is the accepted narrative of gentrification, a term first coined more than 50 years ago by the German-born British sociologist Ruth Glass to describe changes she observed in north London – but it is a phenomenon that has been at the heart of how cities evolve for centuries.

"Gentrification is a slippery and divisive word, vilified by many for the displacement of the poor, the influx of speculative investors, the proliferation of chain stores, the destruction of neighbourhood authenticity; praised by others for the improvement in school standards and public safety, the fall in crime rates, and the arrival of bike lanes, street markets and better parks."

The Observer: "How driverless cars could change our whole future"

"Vast areas of land are covered in parked cars. When self-driving vehicles become commonplace, we might devote that dead space to something useful instead"


"John Zimmer thinks that fleets of self-driving cars will be commonplace in the relatively near future and that their availability will give us most of the advantages of private car ownership without the financial and environmental drawbacks. Although some people will always want the status and other satisfactions of owning a car, what most people want is affordable mobility without having to purchase, tax, insure, park and fuel a four-wheeled millstone.

"In the well-planned cities of continental Europe, that kind of mobility is provided by efficient and affordable public transport. But in more benighted places (like most British towns and cities), autonomous vehicles are an obvious alternative.

"... Mr Zimmer has a dog in this fight – he's co-founder of Lyft, a ride-sharing outfit that competes with Uber, so the usual caveats apply. Nevertheless, his essay is a thoughtful reflection on how the automobile transformed – and destroyed – our cities and towns."


"Building upwards has been regarded as the answer to the UK's housing problems before, yet the high-rise estates of the 1950s and 1960s quickly turned into symbols of poor planning, inequality and urban blight. But even as Britain grapples with the legacy of those experiments, high-rise living is back in vogue — this time marketed towards a very different demographic.

"Once again, however, it is attracting criticism. Glass-encased towers are only for the rich, say their opponents; they largely lie empty — walk past them at night and they are mostly dark — because they are viewed as investments rather than places to live; and they clash with their surroundings and cast them in shadow. All this, critics declare, fails to deal with the needs of Londoners who do not enjoy large pay packets, drives up prices and forces people further out of the centre.

"Yet the boom continues, with scores more high-rise buildings planned. Is this merely greed, with developers thinking only of rich, and often foreign, buyers, or can high-rise living be part of the solution to the capital's housing crisis?"

"The builder of France’s TGV trains is hoping to persuade officials planning the UK’s high-speed HS2 line that it can resolve one of their biggest conundrums: that on some of the lines new trains may run more slowly than existing rolling stock.

"Alstom, one of the world’s biggest train makers, has been telling engineers it could offer a train capable of running very fast on the dedicated high-speed line that could also tilt on corners on existing routes.

"Without tilting capability any new train would likely be slower over some sections of the existing network, such as the route from Preston to Glasgow, where Alstom’s tilting Pendolinos currently operate. However, HS2's planners have long doubted that a train would be able to fulfil both functions.

"The discussions have been taking place at a time when HS2, a government-owned company, is considering a change to its rolling-stock strategy. It had looked set to place an initial order for trains capable of running only on the new high-speed line and for another group designed to run on both the new line and on the UK’s existing “classic” network.

"It now looks set to order only trains compatible with the existing network at first, before ordering high-speed-only trains when more of the high-speed network is open. Transport ministers will decide shortly which strategy to pursue."


"Most of us have wondered what we might do if we didn’t need to work – if we woke up one morning to discover we had won the lottery, say. We entertain ourselves with visions of multiple homes, trips around the world or the players we would sign after buying Arsenal. For many of us, the most tantalising aspect of such visions is the freedom it would bring: to do what one wants, when one wants and how one wants.

"But imagine how that vision might change if such freedom were extended to everyone. Some day, probably not in our lifetimes but perhaps not long after, machines will be able to do most of the tasks that people can. At that point, a truly workless world should be possible. If everyone, not just the rich, had robots at their beck and call, then such powerful technology would free them from the need to submit to the realities of the market to put food on the table.

"Of course, we then have to figure out what to do not only with ourselves but with one another. Just as a lottery cheque does not free the winner from the shackles of the human condition, all-purpose machine intelligence will not magically allow us all to get along. And what is especially tricky about a world without work is that we must begin building the social institutions to survive it long before the technological obsolescence of human workers actually arrives." 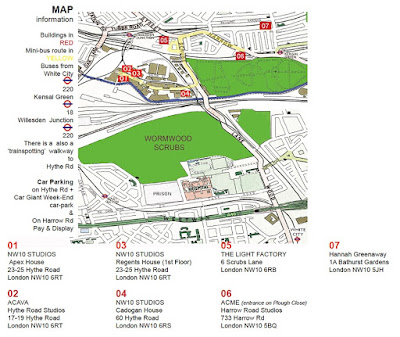 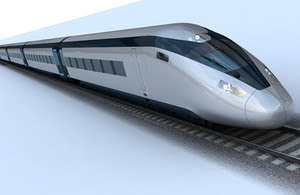 
"I am delighted for both Simon and Rolls Royce that he has been appointed to this position. Whilst naturally we will miss his experience and leadership, I also recognise that he is joining a truly great, global company in an industry in which he has previously worked.

In his two and half years with the company, Simon has used his vast experience to recruit and shape a world class team which over the coming years and decades will turn HS2 into a reality that will be of lasting benefit to this country.
That team will continue that process as we start and complete the process of finding Simon's successor.

I am also delighted to be able to announce today the appointment of Mel Ewel, formerly Chief Executive of Amey, as a Non Executive Director. His great experience in the construction industry speaks for itself, as does the huge respect in which he is held. As such he will be a great asset to the Board's deliberations as we move to the point of construction.


"HS2 is not just a highly ambitious project, but also one which will leave a lasting legacy for Britain. It has been, therefore, a huge honour to have been its Chief Executive and to have been involved in creating a leadership team made up of the best talents from this country and elsewhere. I have absolute confidence in their ability to deliver the project and, in doing so, to help transform the way we do things in this country."

"... The drone from traffic on the parallel Quai des Celestins, higher up the river bank, suggests traffic there is moving along at a respectable pace – confounding those doomsayers who suggested the controversial scheme to pedestrianise two miles of city centre highway would bring neighbouring roads to a standstill.

"While this section of the Seine closes every summer to host the Paris Plages – in which temporary artificial beaches are created along the right bank of the river – this time the expressway has not been reopened.

"Instead Paris's prefect of police – the state representative – this week approved the closure of the riverside route for a six-month trial. Socialist-run city hall says it intends to keep the highway closed to vehicles for good." 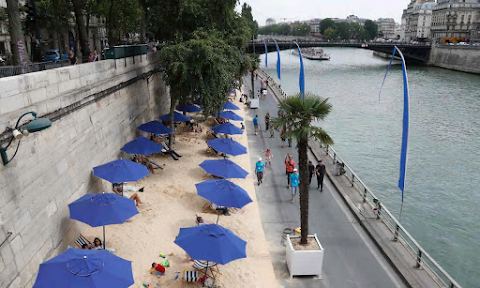 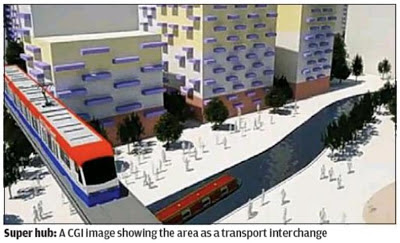 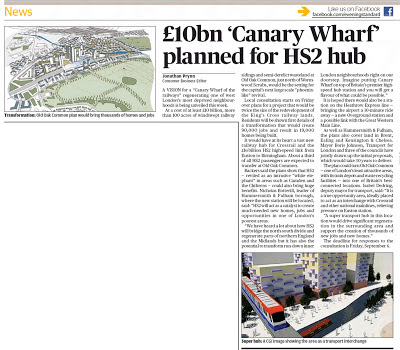 Link to Plans for Brent Cross.