"Boris Johnson is to set up an Olympic-style regeneration agency to transform a rundown area into a thriving new district and deliver a £6 billion economic boost to London.

"The Mayor wants to use Crossrail links and the planned HS2 route — which will converge at Old Oak Common — to spur the creation of 80,000 homes and 20,000 jobs.

"By 2025 a 'mini-Manhattan' of skyscrapers and apartments will shoot up around the station in north-west London. The Mayoral Development Corporation in Old Oak Common, known as MDC, will have the same powers that are being used to create a Games legacy in Stratford. It will begin planning work next year at the semi-industrial 195-acre site north of Wormwood Scrubs and Westway. The establishment of an MDC is subject to London Assembly approval." [and the three boroughs involved?]


"A Government bill paving the way for a £50billion high speed rail line (HS2) to be built confirms Old Oak Common, just north of Wormwood Scrubs, as a principal hub station it was revealed this week.

"The high speed hub will connect the HS2 line to Crossrail and the Great Western Main line and provide opportunities for substantial regeneration of the nearby area, according to the council.

"Vast tracts of semi-derelict industrial land, in the north of Hammersmith & Fulham (H&F), could be transformed with up to 19,000 new homes and 90,000 jobs thanks to the major improvement in accessibility that HS2 will bring.

"Supporters of the rapid rail link between London and the north hope to see a new high-speed line running from the capital to Birmingham by 2026. Preliminary contracts worth £60million can now be handed out, although further legal hurdles remain before the actual railway can go ahead. Auditors KPMG say the line would boost the UK economy by £15billion a year.


“HS2 is the most ambitious and important infrastructure project in the UK since we built the M25 30 years ago, and in 30 more it will be just as integral a part of the nation’s prosperity.”

"A second phase, taking the line to north west and north east England, is due for completion by 2033. The cost of the project is now put at £42.6billion with a further £7.5billion for the trains.

"HS2 is set to make Old Oak Common Britain’s best connected railway station as it acts as the main interchange between HS2 and Crossrail. The Government has signalled Old Oak’s vital role in taking pressure off busy central London terminals like Euston, the London terminus of HS2, which could not have coped with the 13,000 extra passengers an hour that HS2 will bring. A new generation of trains, running at speeds of up to 225mph will stop at the new Old Oak hub station.

"Five of the nation’s airports will be linked to the high-speed rail network for the first time through the Old Oak interchange. Central London and Heathrow will be just 10 minutes away, Birmingham will be 40 minutes direct from Old Oak and Luton, Gatwick and City Airport will all be within 45 minutes. In addition, if the Government decide to move Heathrow to a new hub to the east of London, there will be a direct connection from Old Oak via the HS1 link in less than 30 minutes.

"Around half of working age adults within 1.2miles of the station are unemployed. Some parts of the area - which includes a large amount of railway land with train depots, two waste recycling facilities, the Car Giant dealership and other light industrial uses - are in the bottom 1% most deprived nationally.

"Given the regeneration potential HS2 provides, the Government, Mayor of London, TfL and London Boroughs of H&F, Brent and Ealing have developed a 30-year vision to transform the Old Oak area. The Vision spells out how up to 90,000 jobs and 19,000 new homes - in addition to new schools, open spaces, shops and leisure facilities - could transform the area. View the vision at www.london.gov.uk/oldoak


"HS2 has the potential to act as a catalyst to create much-needed new homes, jobs and opportunities in one of London's poorest areas. We have heard a lot about how HS2 will bridge the north-south divide and regenerate parts of northern England and the Midlands, but it has also the potential to transform rundown inner London neighbourhoods right on our doorstep.

We will continue engaging with HS2 and the Government over the coming months, to ensure that the HS2 proposals deliver the optimal benefits for the borough’s residents.” 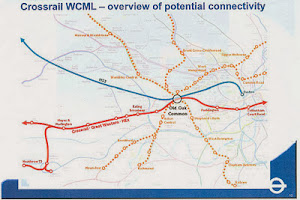 "There is potential to improve the local road network and provide bus and cycle lanes, linking existing and new stations to the wider area. There is also potential to improve local connections with new bus services to a new bus interchange at the proposed HS2 and Crossrail station, and discussions are on-going with the Government about ways in which the London Overground rail network could be connected to the Old Oak Common station.


“The number of passengers on our railways has doubled since 1995, while rail freight traffic has risen by 65 per cent over the same period. The existing rail network is operating at near full capacity, and neither new motorways nor domestic air travel are environmentally sustainable options to meet the mobility requirements of a British population expected to grow by 10 million by 2033.”

"The Plans and Sections are part of and support the High Speed Rail (London - West Midlands) Bill.

"The Plans show the centre lines and limits of deviation of the proposed works and define the land that will be acquired or used for the purposes of building and operating the railway. A description of the land, together with details of ownership, occupiers and those who have a legal interest in the land is included in the Book of Reference (information for which can be found on the web site)."

The Economist: "Not so boring: How other infrastructure projects can learn from London’s new railway"

"When it is finished in 2018, Crossrail will stretch across London, connecting the south-west suburbs in Berkshire with Essex in the east. The new line will increase the capacity of London’s transport network by 10%. Commuters will be able to zip from Abbey Wood in the south-east to the City of London in 17 minutes (the journey now takes 45). Stations are being extensively rebuilt. [Though not being made step-free.]


"It's the perfect example of what infrastructure does for the British economy."

"... Several elements came together to make it possible. The creation of the office of mayor in 2000 made a huge difference, says David Leam of London First, a lobby group. As the mayor’s remit is limited mainly to transport, incumbents badly wanted the railway. And the business case for the project has strengthened."

"The first completed tunnel in the £14.8bn Crossrail project has been unveiled. 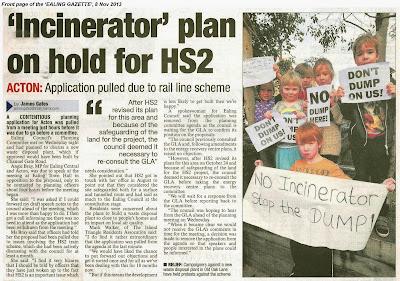