"Development partners Genesis Housing Association and Queens Park Rangers Football Club plan to build 605 new homes on part of the vast new regeneration site in a development to be known as Oaklands.

"Galliford Try's Partnership arm is expected to start work at the beginning of 2017. Several existing buildings will be demolished to make way for three major blocks rising in height from around 10 to 26 floors." 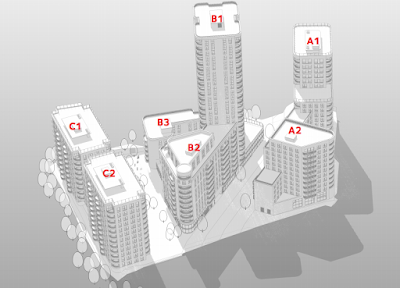 Evening Standard: "White City: how Soho House, the BBC and the London creatives are helping W12 get its mojo back"


"Westfield is expanding, the BBC building is being transformed, and Soho House is moving in — W12 is staking its claim as London’s latest hotspot. Nick Curtis on why the future looks best out west"


"From the top of BBC TV Centre's East Tower in White City — the building where Blue Peter and Play School were made — you can see the future of London. The buildings below, once a monocultural fortress for Auntie Beeb, will soon become a mini-metropolis of 950 apartments, a new club and 50-room hotel from Soho House (complete with rooftop pool), as well as three refurbished TV studios and offices for BBC Worldwide and 300,000 [sic] other 'creatives'.

Further north are the modern offices of BBC Digital, and beyond them Old Oak Common, itself set to become a mini-city once Crossrail arrives. The world's largest 'co-living' space, The Collective, opened there in May, offering 551 minimal, serviced living spaces around shared communal areas as an alternative to traditional rental models.

On the other side of Wood Lane, the mind-bogglingly vast, 25-acre, £3 billion new campus where Imperial College plans to 'invent the future through science and engineering and medicine' — as Professor David Gann, Vice President (Innovation) puts it — stretches north beyond the A40. To the east, the new phase of Westfield shopping centre — already one of the top five tourist destinations in London, with 28 million visitors a year — is under construction, and a site occupied by M&S warehouses is to become 1,480 new homes by developer St James."

The Observer: "The death of neoliberalism and the crisis in western politics"

"In the early 1980s the author was one of the first to herald the emerging dominance of neoliberalism in the west. Here he argues that this doctrine is now faltering. But what happens next?"


"The western financial crisis of 2007-8 was the worst since 1931, yet its immediate repercussions were surprisingly modest. The crisis challenged the foundation stones of the long-dominant neoliberal ideology but it seemed to emerge largely unscathed. The banks were bailed out; hardly any bankers on either side of the Atlantic were prosecuted for their crimes; and the price of their behaviour was duly paid by the taxpayer.

"Subsequent economic policy, especially in the Anglo-Saxon world, has relied overwhelmingly on monetary policy, especially quantitative easing. It has failed. The western economy has stagnated and is now approaching its lost decade, with no end in sight.

"After almost nine years, we are finally beginning to reap the political whirlwind of the financial crisis. But how did neoliberalism manage to survive virtually unscathed for so long? Although it failed the test of the real world, bequeathing the worst economic disaster for seven decades, politically and intellectually it remained the only show in town. Parties of the right, centre and left ... all bought into its philosophy."

"Cars restricted to 5mph over 60 blocks of Financial District at weekend, as transport department runs Shared Streets event inspired by Bogotá and Paris"


"A shadow is cast long upon New York by the ghost of Robert Moses, the titan 'master builder' of 20th century whose almost unrivalled power to chart his vision of urban renewal fostered the car-dominant and public transport-starved metropolis that is, for better or worse, one of Gotham’s most enduring legacies.

"But pedestrianism among advocates and urban planners in the new, young century has been on the ascent in global cities far and wide, with many pushing for more restrictions on cars in the interests of bipeds and cyclists.

"That was part of thinking behind the Shared Streets initiative, a five-hour long event over the weekend. It saw the city demarcate some 60 blocks of Manhattan's oldest neighbourhood as part of an urban geographical experiment meant to alter the often-fractious dynamic between motorists and pedestrians that is the unwritten law of the concrete jungle."