"A major new concert venue could be built in west London to regenerate a sports stadium.

"Documents seen by the Standard reveal 'an event/performance venue is being considered' for the Linford Christie Outdoor Sports Centre, near Wormwood Scrubs prison in East Acton.

"Sources said it could have a capacity of 13,000. This would be slightly larger than the SSE Arena in Wembley, where artists such as Jason Derulo and the Smashing Pumpkins will perform this year, but smaller than Greenwich’s O2 Arena." 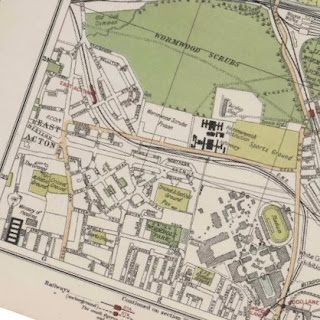 The Observer: "Will skyscrapers sink to new depths in British cities?"

"Councils are under pressure to build higher, but campaigners say new towers will ruin historic skylines"


"In Bristol, the city's mayor has announced that he wants its skyline to grow. In Norwich, the developers Weston Homes want to build a 'beacon' of 20 storeys, in the face of fears that it will trash views of 'one of Europe's great medieval cities', as Historic England put it. In Manchester, a city whose skyline has been changing for a while, the chairman of the city's civic society is running a crowdfunded campaign against a 40-storey tower that will, he says, 'despoil' and 'overbear' a historic area.

"British cities are facing the development pressures that, all around the world, push for building high. The tsunamis of skyscrapers in the Gulf and south-east Asia send out waves that wash the banks of the Avon and even inland Norfolk. There are certain twists special to Britain: austerity means that local authorities are particularly keen to grab whatever financial benefits a tower might bring, while it also weakens the underfunded planning departments that might direct and manage development."