"The footprint of west London's Old Oak and Park Royal Mayoral Development Corporation could be redrawn to include Wormwood Scrubs Prison, the regeneration corporation's chief executive has said." 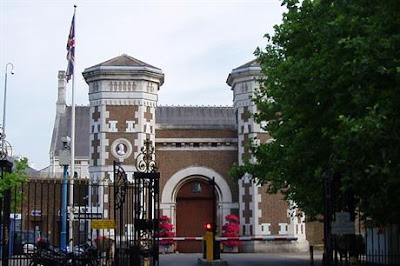 "Victoria Hills told an event hosted by law firm Fieldfisher that failing to include the Victorian jail within the remit of the development corporation - OPDC for short - was a 'missed opportunity'.

"However she said the decision could be revisited, particularly in the light of justice secretary Michael Gove's plans to sell off some of the country's older prisons for redevelopment.

"Giving an update on progress on the corporation area, which covers a total of 650 hectares and is set to host an interchange for the High Speed 2 rail line and Crossrail, as well as 25,500 new homes, in the coming decades, Hills said she expected things to 'continue to move and evolve' with the site.

" 'The prison was within the boundary that we consulted on, and we did want to include it in our boundary but there were three aspects of that boundary that the London Borough of Hammersmith and Fulham couldn't live with,' she said.

" 'The prison is in the news almost daily, so in some respects I'm quite glad that it's not within our boundary, but it has been announced that it is on the list for estates release, so from my perspective, it's a bit of a missed opportunity.

" 'But it doesn't mean that we couldn't go back and have another go. We can go back and consult on our boundary in the future and relay the statutory order to include things that we would like to have put in there.'

"Hills said the same situation could apply to original plans to include part of the Royal Borough of Kensington and Chelsea in the OPDC.

" 'They were part of the original partnership, but when the then-mayor couldn't guarantee their Crossrail station at Kensal, they withdrew,' she said.

" 'If that station comes back on again, they might come back into the MDC.'

"Earlier, Jamie Kerr - managing director of the government's HS2 Growth Partnership, created to support regeneration along the new high-speed route - said the organisation was looking at ideas to involve the private sector in land assembly at sites around new stations that would be created on the line.

"Kerr said that, while there was not a problem at Old Oak Common, where the bulk of the core regeneration area was in public control, there was a need to 'avoid land-banking' and drive forward development at the same time that the new railway was delivered.

" 'We want people to arrive and feel that something is happening at all of the cities,' he said.

" 'We're trying to create a venture fund that will purchase land, fund pre-development costs, get to that stage where "place" is created, and give investors the chance to own what is going to be some of the primest real estate in the regional cities.'

"Kerr said the redevelopment of the area around King’s Cross Station in the capital was driving thinking for the areas around HS2's stations."