"The 'Thames Hub' proposals unveiled on Wednesday could lead to the most radical overhaul of Britain’s transport, logistics and communication network since the building of the railways.


"The ideas presented by the architects Foster & Partners and engineers Halcrow, on their own initiative, would see a new London orbital railway linking in to fast lines to the north and Europe, and a new airport on the Isle of Grain in the Thames estuary.


"Also included are a new flood defence barrier and Thames crossing, a freight port and logistical hub and the laying of extensive cabling, utilities and communications infrastructure, in what the report refers to as 'The Spine'." 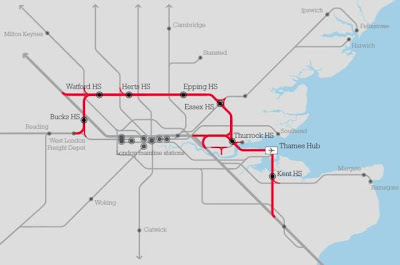 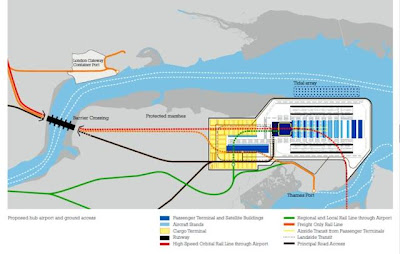