"Cargiant and London & Regional have announced the project team for their major regeneration plans in Old Oak Common, in a move likely to effectively end Queens Park Rangers' aspirations to build a new Premier League Stadium on the site" 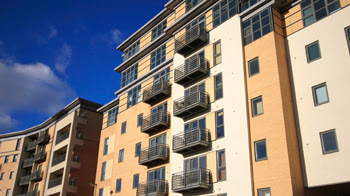 Old Oak Park is home to the world’s largest car dealership, Cargiant. The 47-acre site is a centrepiece for the development of Old Oak Common.

Cargiant has been proposing a £5bn new town on the site, which at present houses up to 7,000 used cars.

The initial plans would include around 9,500 homes and a new high street, two schools – a primary and secondary school - a new dock and a 'cultural hub'.

Premier League football club QPR has however earmarked the site for a separate scheme comprising a 40,000-seat stadium and 24,000 new homes.

For QPR's aspirations to come forward however Cargiant would need to agree to house the hoops on its land, or else the site would need to be CPO'd.

It is understood that Cargiant's opposition to a stadium on the site remains implacable, and the Cargiant consortium is confident that there are no legal grounds for a CPO to make way for QPR's plans given that there is no case for it as a 'necessity' as they are proposing a major regeneration scheme.

The Greater London Authority's endorsement of the Cargiant consortium also suggests there is little appetite from the mayor for a CPO battle over the site.


"I'm delighted we have appointed our full masterplanning team and to have such expert partners working with us. As a major landowner and one of the most successful local businesses in the area, we are an important part of the community and best placed to understand what is right for the site.

We are committed to delivering a scheme of exceptional quality, which brings real benefit for local people. We want this to be a part of London we would all be proud to live in and visit.

There is already great momentum behind the project and we look forward to talking to local communities in the coming months so that those who already live and work around Old Oak Common directly help to shape its future."

Cargiant said it supports the Mayor of London’s vision for Old Oak Common, and is working collaboratively with the GLA and the emerging Park Royal and Old Oak Mayoral Development Corporation (OPDC), as well as the London Borough of Hammersmith & Fulham, to develop a world-class new neighbourhood. The next phase of consultation with the local community will begin in the Spring.


"Old Oak Common represents an unprecedented chance to create a truly new piece of London. Cargiant is set to play an enormously important role in the regeneration of the area and we are already working with their development partner London & Regional as they help to deliver the Mayor’s vision for much needed new homes and jobs.

Following the Government’s approval of our plans to set up a new Development Corporation, there is now real momentum as we look to maximise this once-in-a-generation opportunity."


"The Cargiant site will be the first to be delivered within the OPDC area, setting the standard for the wider regeneration of the area. It is vital therefore that we create the right linkages across the area, and make best use of the huge investment going into transport infrastructure at Old Oak Common.

Most importantly however, we need to create a place that people and families right across London would chose to live in, with good schools, parks and high quality new homes. We are committed to delivering that vision."


"We are very pleased to be involved in shaping this significant new piece of London. The site represents an opportunity to create much needed new homes, jobs and fantastic public spaces benefiting from new rail connections and access to the Grand Union Canal.

Bringing experience, expertise and a creative approach gained from leading and delivering several high profile urban planning and architecture projects we are looking forward to create Old Oak Park [sic], in close collaboration with the local boroughs and the OPDC."


The full Cargiant Old Oak Park team is as follows: